No reviews yet Write a Review

5 customers are viewing this product 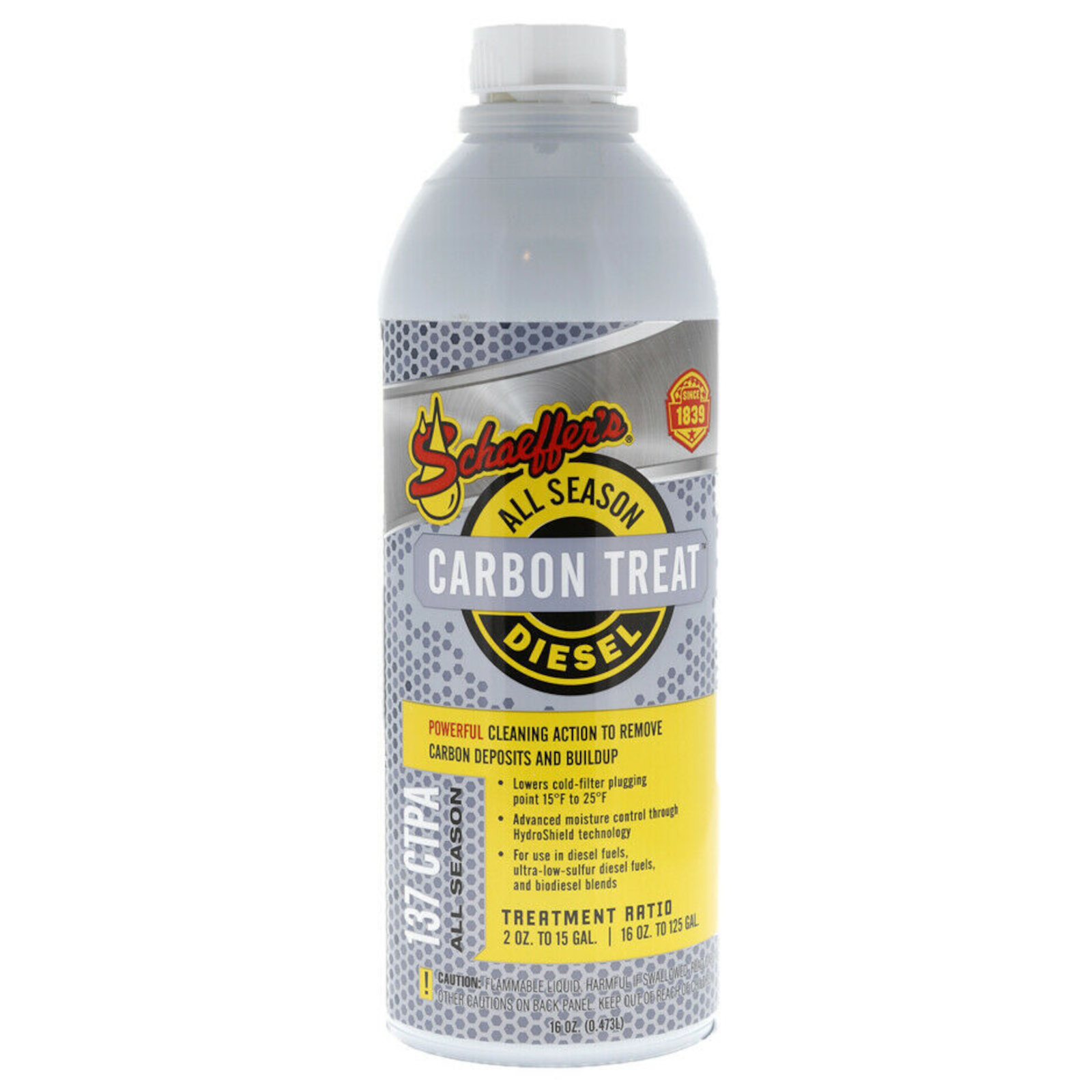 CarbonTreat is the cure for a problem you may not know exists. That said, you probably have heard of injector failures and plugged fuel filters that is most prevalent in common rail (high pressure) fuel injection systems, right? CarbonTreat directly targets the root cause of most of these failures.

Especially when subjected to extremely high pressures, such as those found in a common rail fuel system, diesel fuel has the tendency to form asphalthenes, as well as other unstable compounds, which will deposit anywhere they can, typically fuel filters and injectors. These deposits will inhibit fuel flow causing injectors to not operate as intended, leading to failure, as well as bottlenecks in the fuel filter itself (both robbing horsepower and overall efficiency).

Initially developed for newer model vehicles, CarbonTreat can be used in any diesel-powered vehicle and in all types of diesel fuel, including ultra low sulfur diesel fuel and biodiesel blends.

CarbonTreat exceeds cleanup and keep clean performance as shown by the Peugeot DW10 Injector Depositing Test throughout the entire fuel system. CarbonTreat is registered and meets US EPA requirements for blending into low sulfur diesel fuels.

Increases Cetane number by up to 5 points

Prevents and controls the formation of asphaltenes and other unstable compounds

Shipping & Returns
Coops shipping and returns policy is as customer freindly as we can make, We want our customers to trust if your part is not exactly what you want we will make it right.

You may return most new, unopened items within 30 days of delivery for a full refund. We'll also pay the return shipping costs if the return is a result of our error (you received an incorrect or defective item, etc.).

You should expect to receive your refund within four weeks of giving your package to the return shipper, however, in many cases you will receive a refund more quickly. This time period includes the transit time for us to receive your return from the shipper (5 to 10 business days), the time it takes us to process your return once we receive it (3 to 5 business days), and the time it takes your bank to process our refund request (5 to 10 business days).

If you need to return an item, please Contact Us with your order number and details about the product you would like to return. We will respond quickly with instructions for how to return items from your order.

We can ship to virtually any address in the world. Note that there are restrictions on some products, and some products cannot be shipped to international destinations.

Please also note that the shipping rates for many items we sell are weight-based. The weight of any such item can be found on its detail page. To reflect the policies of the shipping companies we use, all weights will be rounded up to the next full pound.

Coops Custom offers custom products and custom bundles with certain products, if you have a major project and you need more than one part please contact us at 800-214-6218.

Ask An Expert From Coops

×
Ask Coops anything. We will follow up
with you via email within 24-48 hours.
Please answer the following questionnaire